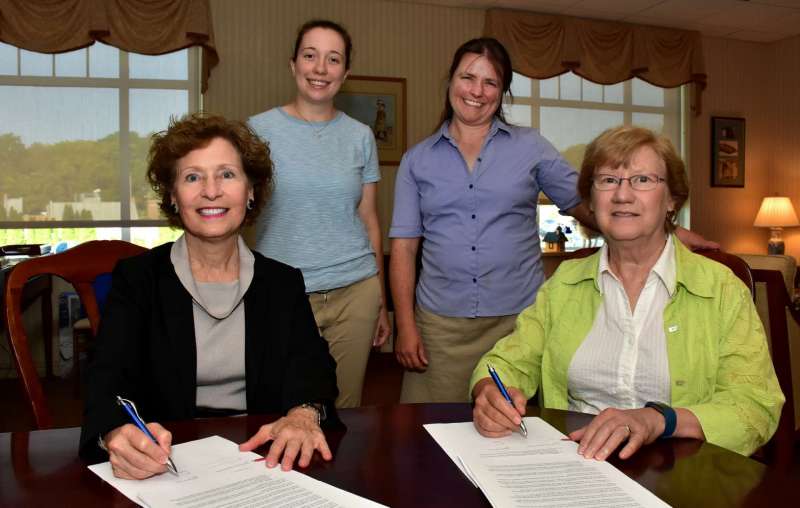 Chimney swifts will have a new place to roost on Shepherd’s campus by the time spring migration occurs next year. Shepherd and the Potomac Valley Audubon Society (PVAS) have signed an agreement to allow PVAS to locate a new structure for the swifts on West Campus near Dunlop Hall.

“Shepherd is extremely grateful and very excited about the opportunity to partner with PVAS to build a new home for the endearing community swifts on our campus,” said Dr. Mary J.C. Hendrix, Shepherd president.

PVAS Executive Director Kristen Alexander said the organization is currently taking bids for the project and continues to raise money and seek grants to pay for it. It’s estimated the 30-foot tower, designed by Alpha Engineering, could cost approximately $85,000.

The tower will be made of bricks that match Dunlop Hall, which are the perfect size and shape for swifts to cling to. It is intended to replace a chimney on Sara Cree Hall that swifts use for a roost before the building was torn down in 2017. Alexander said 1,500 swifts used the Cree Hall roost for fall migration in 2016.

“It will likely take a few years to build the roost size back up to that level,” Alexander said. “As further habitat is lost in the region, the tower will be able to host up to 5,000 swifts in their migrations.”

PVAS plans to start construction on the structure sometime this fall.