Construction continues on Potomac Place, the new residence hall which will open in August for the fall semester. A public-private partnership between Shepherd University and the Shepherd University Foundation, the $22 million residence hall will have a mix of single and double suite-style units and will feature food service and a dining area. The project is expected to be completed on schedule and within budget. With 297 signed resident agreements, Potomac Place is full for the fall semester. 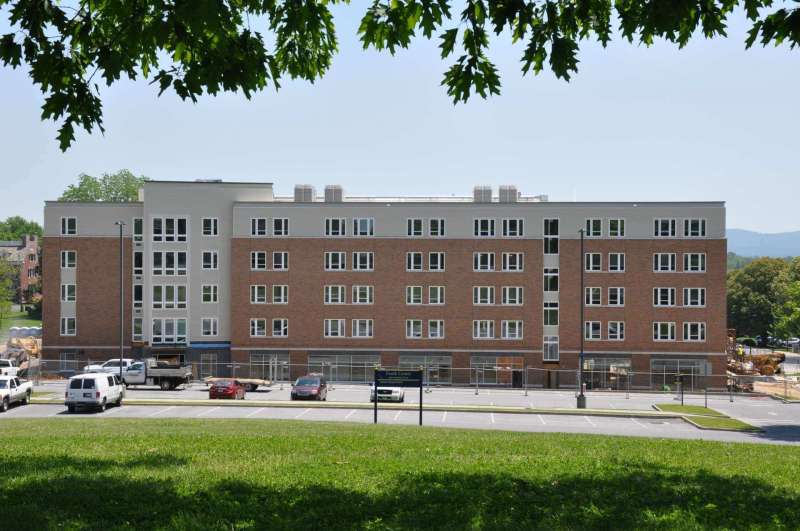 Demolition of Sara Cree Hall began in May. The former health and physical education and gymnasium, built in 1951-1952 and named in honor in of Dr. Sara Cree, professor of physical education from 1940 to 1972, had most recently been used as office space after the HPERS department and athletics moved to the Butcher Center on West Campus.

Dr. Cree’s portrait which was displayed in the front foyer of the building will be moved to the Butcher Center. It will be on view along with other significant items including a brick from the original building. A public ceremony to open the cornerstones retrieved from Sara Cree Hall will be conducted by members of the Shepherdstown Mt. Nebo Masonic Lodge later this summer. The Shepherdstown Masonic Lodge placed the cornerstone on October 27, 1951. While a list of the contents of one of the boxes is in existence, the items in the second box are unknown.

The migrating chimney swifts who used the hall’s chimney as a roosting site were provided an alternate roosting site when the chimney on the Knutti Hall boiler house was uncapped for their use this spring. The Potomac Valley Audubon Society is raising funds to build a roosting structure on Shepherd’s West Campus at the retention pond.

The former Cree Hall site will be used for commuter parking and football game day tailgating. The parking lot is on track to be completed in time for the fall semester. The Corporation of Shepherdstown is providing $48,000 to pave the new parking lot to help reduce the impact of student parking in downtown Shepherdstown and to provide additional parking for commuter students. 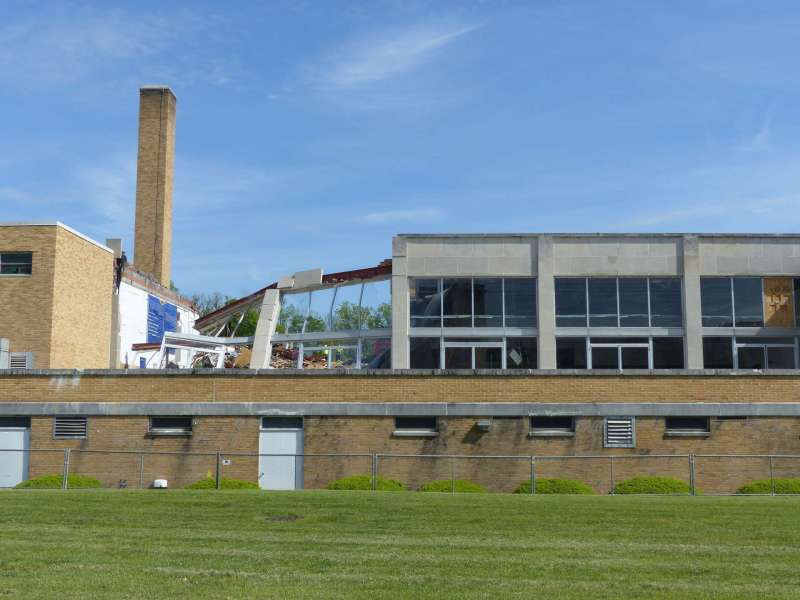 A view of the Cree Hall demolition viewed from the midway.