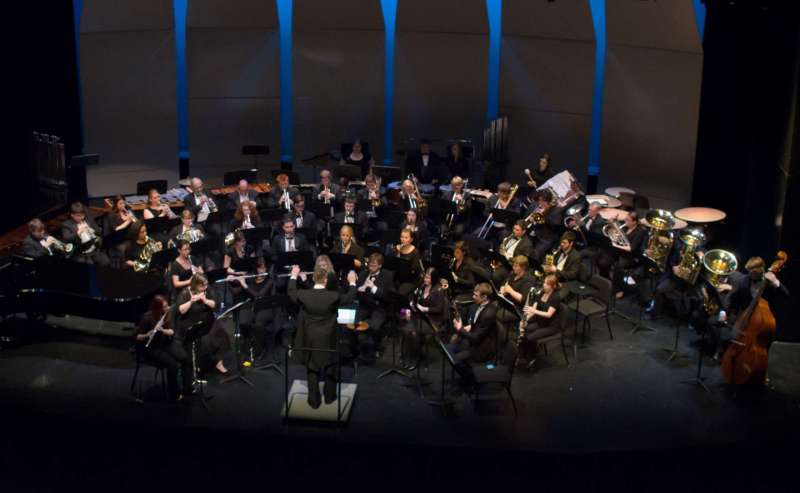 The highly acclaimed Shepherd University Wind Ensemble and the Shepherd University Symphonic Band, under the direction of Dr. Scott Hippensteel, present Tonal Vision, an evening of wind band music exploring the connections between several works of visual art and music, on Friday, February 19 at 8:00 p.m. in the Frank Arts Center Theater. Free with admission is a pre-concert lecture about the works, beginning at 7:15 p.m. A great way to derive even more enjoyment from the performance, the audience is invited to spend time with conductor Dr. Hippensteel and the musicians learning about and hearing excerpts from the program of exciting concert music to follow.

Selections to be performed by the Symphonic Band include El Capitan, a Sousa march and the famous mountain face in Yosemite National Park; Emperata Overture, a classic band overture by Claude T. Smith; Portraits, three musical pictures of famous American composers by Jim Colonna; Salvation Is Created, the famous Russian Orthodox hymn from Pavel Tschesnokov; and Vesuvius, a veritable sound explosion depicting the dramatic eruption of the famous volcano. The Symphonic Band is a large concert ensemble that provides quality music-making experiences through the performance of significant wind band literature. Membership is open to all university students regardless of major, as well as faculty, staff, and community musicians.

The Shepherd University Wind Ensemble, comprised of music majors and a few select non-majors, is the premier wind group of Shepherd University and each year the audition becomes more competitive. This ensemble has been invited to perform around the world. In 2001, the group accepted an invitation form the Lord Mayor of Dublin to tour Ireland and performed throughout the country, including stops in Cork, Limerick, Waterford, Tramore, and Dublin. In 2004, their outstanding recording of Barnes Symphony #3 garnered them an invitation to be a part of the 2005 season in Carnegie Hall. The well-attended concert received a standing ovation and was well received by the New York audience. In May 2009, the SU Wind Ensemble performed on a 10-day concert tour of Munich, Salzburg, Vienna and Prague, the ensemble toured Spain in May of 2011, and in May 2013 they toured France and Monaco.

Admission and seating for Tonal Vision is on a first come-first serve basis and advance sales or reservations are not available. The box office will open one hour prior to each performance. General admission is $10, $5 for faculty/staff, Shepherd alumni, senior citizens, military, and students 18 and under, and free for Shepherd students with Rambler ID. For more information call 304-876-5555.