Marty Becker is President and Chief Executive Officer of Alterra Capital Holdings Ltd (Nasdaq-ALTE), a global specialty insurer/reinsurer with assets approximating $10 billion, and with major underwriting platforms in Bermuda, Ireland, the U.S., the UK and Latin America and premium writings of approximately $2 billion annually. Mr. Becker has led insurance, reinsurance and insurance brokerage organizations both publicly traded and privately held, building on an insurance industry career that has spanned a range of advisory and private equity investing roles. Mr. Becker has served as Chairman and CEO of Alterra Capital and its predecessor, Max Capital, since October 2006 and he has been a director since April 2004.

In addition, Mr. Becker currently serves as Chairman of West Virginia Media Holdings (“WVMH”), a statewide media company that he co-founded in 2001. WVMH has eight television stations and a newspaper that reach 90 percent of West Virginia’s population.

Mr. Becker earned his Juris Doctor and Bachelor of Science in Business Administration degrees from West Virginia University. He is a Certified Public Accountant. Mr. Becker is married to a WVU alumnus, Katharine Bullard Becker, has two sons James and Todd. They reside in Bermuda; Jupiter, Florida and Charleston, West Virginia. He is a member of Mountain, WVU’s ranking honorary society.

Michael D. Foster is a Member of the Firm practicing in the Tax Practice Group. He also serves as Assistant General Counsel to the Firm. Mr. Foster’s practice focuses upon employee benefits, estate planning and the tax aspect of municipal finance. From 2007 through 2014, Mr. Foster served as the Firm’s Managing Member, having previously served as Assistant Managing Member from 2002‑2007 and as a member of the Firm’s Executive Committee for two separate terms. In 1989, he co‑founded the Employee Benefits Group of the Firm and has headed the Group since that time.

The Employee Benefits Group focuses on providing administrative and consulting services in the qualified plan area and employs a staff of six non‑lawyers. It provides administrative services to over 300 defined contribution plans and provides legal services to clients of the Firm. Mr. Foster’s practice focuses on the design of qualified plans for owner‑employees and the leveraging of employer contributions in favor of owners and highly‑compensated employees. In addition, with rising health care costs, Mr. Foster devotes substantial time to the design of self‑funded medical plans. Mr. Foster also is actively involved in the non‑qualified plan arena and has significant experience in deferred compensation plans for not‑for‑profit organizations.

Mr. Foster has had extensive experience dealing with United Mine Workers of America Health and Retirement Funds both in the area of the Multi‑employer Pension Plan Amendment Act and the Coal Industry Health Benefits Act. 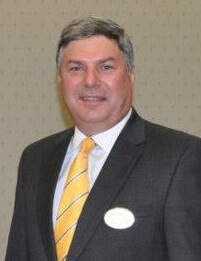 Dr. Chip Zimmer has been the Coordinator of Shepherd University’s MBA program since 2011.  During his tenure he has created one of only a handful of MBA Sport Management programs in the country.  He has also directed the development of an MBA in Public Management and helped to grow the MBA in Healthcare Administration. In 2014 he received the Distinguished Graduate Faculty Award. He also created a number of highly visible annual events for the MBA program including a Senatorial Debate in 2012, an Energy Forum in 2014 and a Healthcare Forum in 2015.  This year’s Summit continues the tradition of these events.

Zimmer has served in senior management positions for over twenty years, prior to coming to Shepherd in 2010.  His career has included more than a decade in sport management, including Assistant Director of Intercollegiate Athletics for Sport Marketing for the University of Maryland, Director of Intercollegiate Athletics at George Washington University, Associate Director of Sport for Understanding International Exchange Program and Senior Vice President of DelWilber Sports Marketing Associates.  He switched from sports to healthcare and served as Vice President of Marketing and Physician Recruitment at City Hospital in Martinsburg, WV, and as VP for Business Development for RehabSolutions in Cumberland, MD.

In 1998, Zimmer founded The Zimmer Marketing Group which is a marketing consulting firm working with senior housing facilities nationwide.

He received his BS and MS degrees from West Virginia University and a Ph.D. from the University of Maryland.  He is the Past President of the National Capital Chapter of the WVU Alumni Association and former member of the WVU Athletic Council. He is a 1995 graduate of Leadership Berkeley. He and his wife, Barbara, also a WVU grad, were co-founders of the Fellowship of Christian Athletes Volleyball Club and he is the Founder and President Emeritus of the Potomac Highlands WWII Roundtable.  He is the past Venerable Master of the Cumberland Valley Scottish Rite Knights of St. Andrew.  He currently serves on the Visiting Committee for WVU’s College of Physical Activity and Sport Science.  He is a member of Mountain, WVU’s ranking honorary society. They have one daughter, Kaitlin who is a law student at the College of William and Mary. 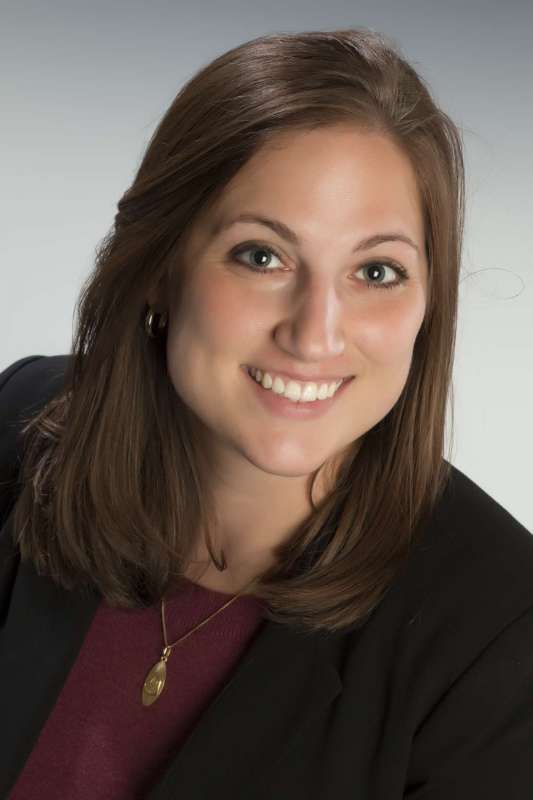 Kristen Lorenz is the Director of Admissions at Shepherd University. She has been with the University since 2012, where she first began as an Admissions Counselor. She is currently enrolled in the MBA program with a concentration of Public Management.

Prior to beginning at Shepherd University, Kristen worked as a Reservation Specialist with Christy Sports in Dillon, Colorado and as a Marketing Director for a medical imaging practice.

Kristen is originally from Wheeling, WV. Her undergraduate studies brought her to the Eastern Panhandle where she completed a BS in Business Marketing at Shepherd University. After spending time working in various marketing positions in the region, Kristen and her husband moved to Silverthorne, Colorado to live the Rocky Mountain Lifestyle. In 2012 the couple moved back to the region. Kristen and John live in Harpers Ferry with their son Noah and lovable pup Trace.