SHEPHERDSTOWN, WV — When she is not busy at her job as music operations manager in Shepherd University’s School of Music, Esperanza Alzona can often be found at the hilt end of a sword practicing the sport of fencing.

“The physicality, as well as the mental aspect, and the competitiveness of fencing appeals to me,” said Alzona, who was a professional dancer for many years and currently teaches dance at a studio in Frederick, Maryland.

Alzona, who has been fencing competitively for 11 years, is currently ranked ninth nationally in her age/gender category of the United States Fencing Association. Foil, épée, and saber are the three weapons used in fencing. Each has a different composition, technique, and scoring target areas on the body.

Alzona competes in saber and foil. She recently returned from Lima, Peru, where she was one of 86 members of the U.S. Team at the 2022 Pan American Youth and Veteran Fencing Championships.

“One of the things I love the most about the Pan American Fencing Championships is the camaraderie and sense of team,” Alzona said. “We are all supportive of each other, and even off the strip, we often spend time together, staying at the same hotels, dining out, exploring, and going on excursions. There’s a real sense of pride parading in our team uniform carrying our flag in the opening ceremony, and it is exhilarating to hear the U.S. national anthem being played when one of us tops the podium.”

Alzona said members of the U.S. team not only bond with each other, they make many friends with members from other countries’ teams as well.

“There’s a fellowship that goes beyond language and cultural differences.,” she said. “One does not have the same experience at local, regional, or even national competitions.”

Alzona trains for saber at Nazlymov Fencing in Washington, D.C., and foil at Rockville Fencing Academy in Rockville, Maryland.

“I am already back in training and setting sights on next year,” she said. “Fencing is a really fun sport!” 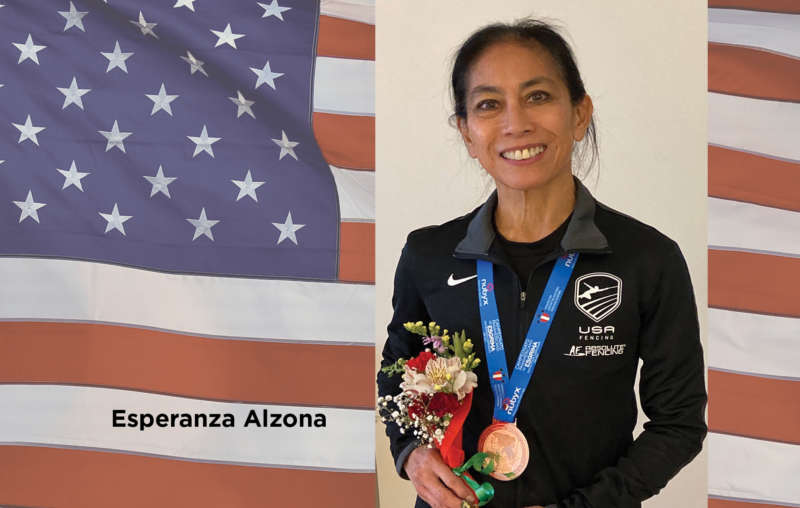 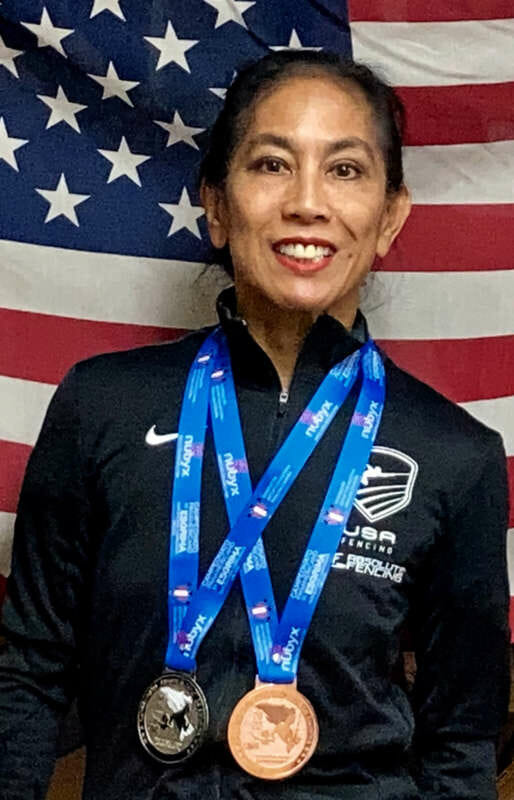 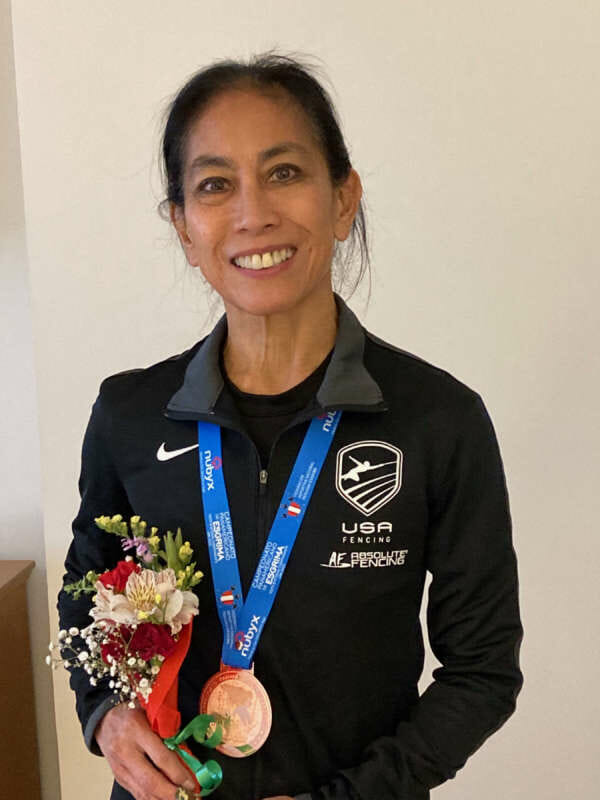