SHEPHERDSTOWN, WV — Shepherd University and the Corporation of Shepherdstown are teaming up to offer some holiday cheer by hosting a “Best in Howliday Show” and dog parade on Saturday, December 5, from 11 a.m.-noon on King St. in front of Erma Ora Byrd Hall. Registration is due by Tuesday, December 1.

Owners are invited to dress their canine family members in festive holiday-themed attire to compete for first, second, and third prize. Check-in on December 5 will begin at 10 a.m. Dogs and their owners will receive a number and will line up around the circle in front of Erma Ora Byrd Hall to be judged by parade goers, who will be in their cars. Participating dog parents are required to wear a face covering and bring water and waste disposal bags for their dogs.

For socially distanced viewing, parade goers will remain in their vehicles, drive down King St., and around the circle to see the contestants. Viewers will receive three dog bones to vote for the “Best in Howliday Show” and will place the bones in numbered buckets as they exit. The bucket with the most dog bones wins. There will also be an opportunity to donate money and supplies that will be divided between Briggs Animal Adoption Center and Animal Welfare Society of Jefferson County.

“We are thrilled to be part of this exciting event that highlights the genuine partnership between Shepherd and Shepherdstown—and allows us to celebrate our four-legged friends while helping those animals who have not yet found their forever home,” said Dr. Mary J.C. Hendrix, Shepherd president.

First, second, and third prize winners of the “Best in Howliday Show” will be announced at noon by Shepherd President Mary J.C. Hendrix and Shepherdstown Mayor Jim Auxer. For more information and to register, visit https://www.shepherd.edu/howliday-dog-parade/. 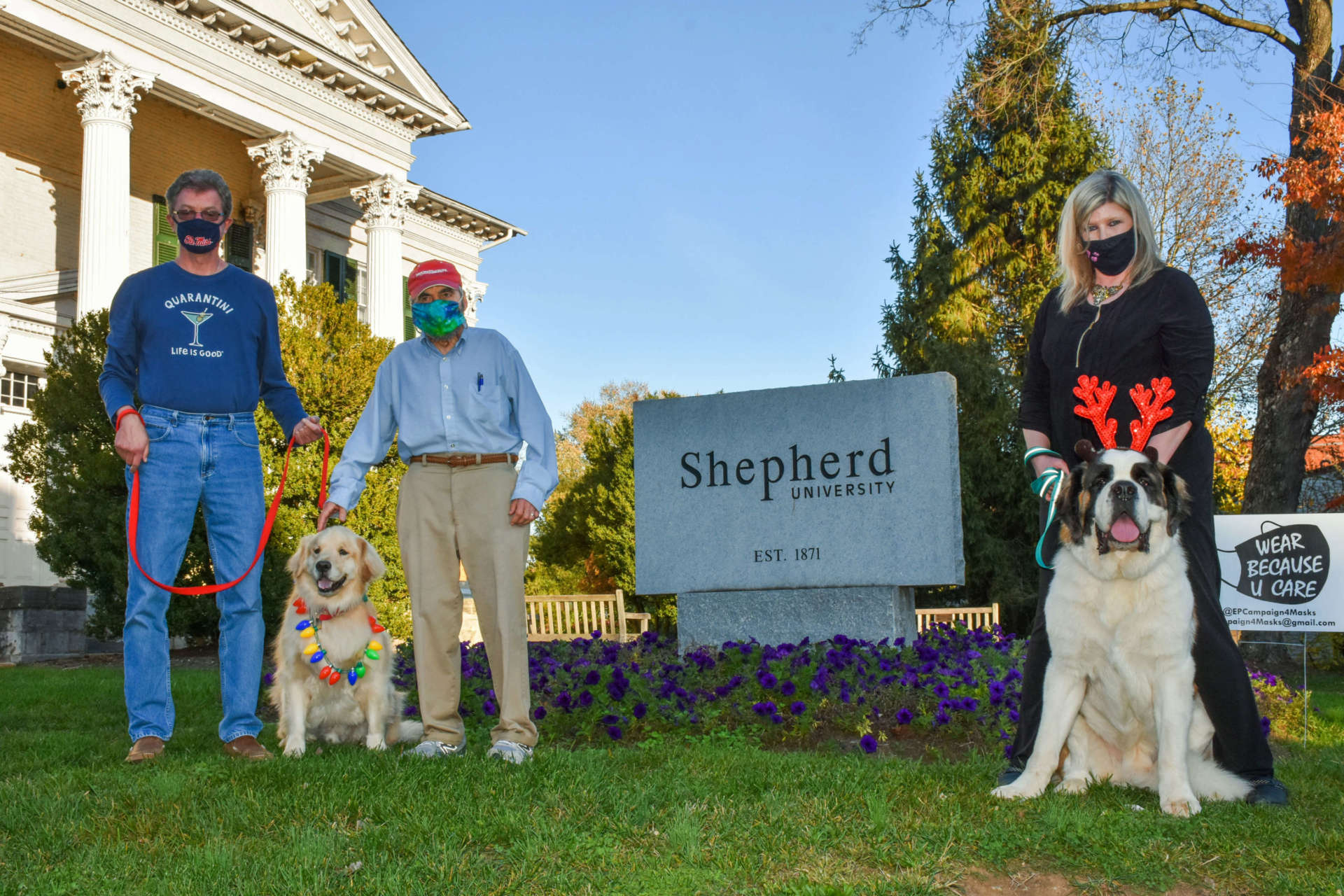