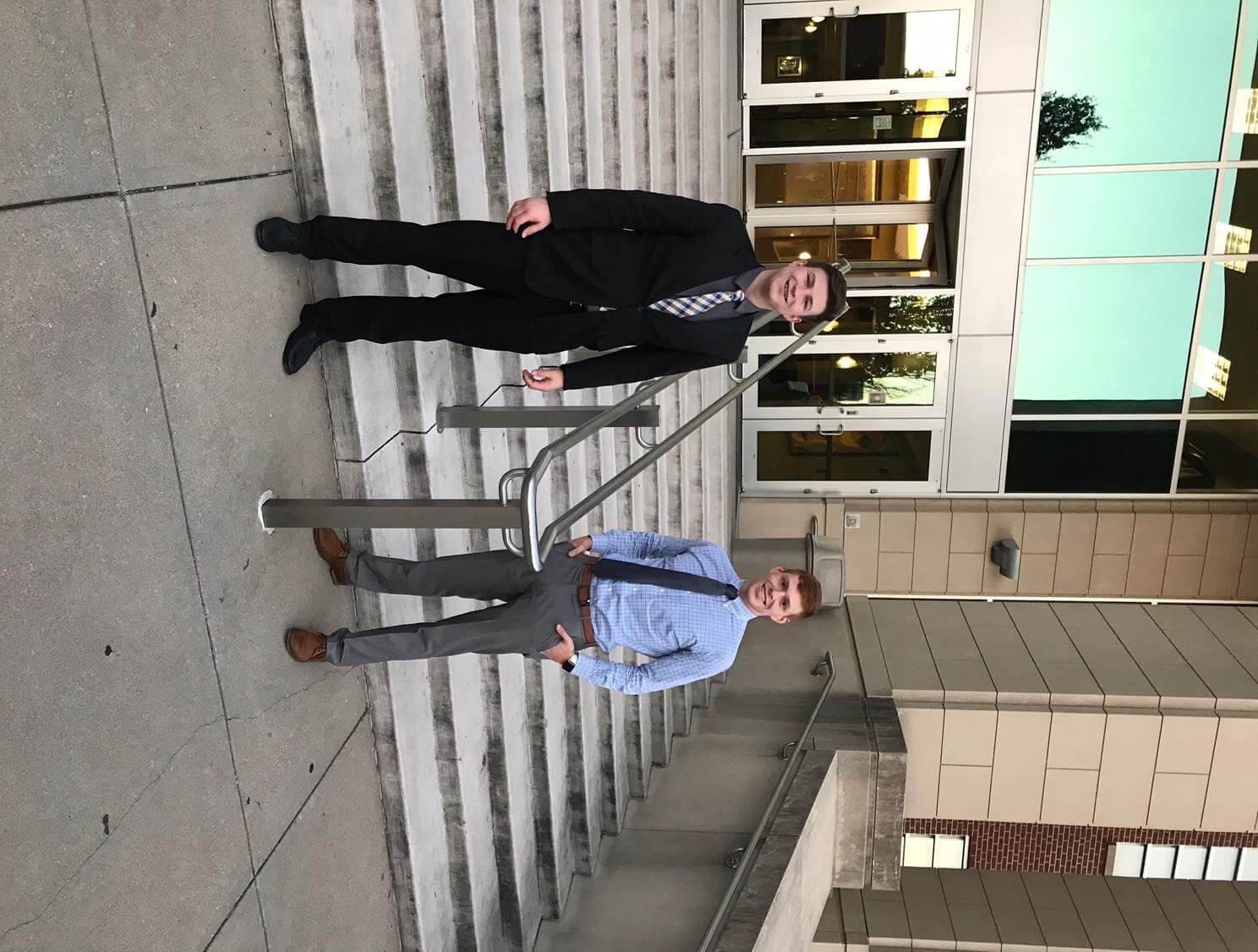 On 23-24 September 2017, two members of our Debate and Forensics Team, Samuel Brown and Casey Feezle, traveled to Indianapolis, IN for a national swing tournament hosted by Butler University.

These young men represented the University exceptionally well!  Although they were our only two members competing in this tournament, their success in multiple events was enough for them to take 3rd Place in Small Team Sweepstakes!

What’s even more impressive is that they faced off against national-contending schools such as Northwestern University, the University of Illinois, Notre Dame, Butler University, Ball State University, among others.

Individually, Sam and Casey had impressive season debuts as Sam was the Tournament Champion in Broadcasting at this national tournament.  Meanwhile, Casey also was a finalist in this event and took 4th place.  Elsewhere, Sam fared well in the Slam Poetry event, where he placed 5th in his division.  Together, they teamed up to win 3rd place in Improvisational Duo.

We are extremely proud of their efforts, especially against this impressive level of competition and are even more eager for our full-team tournament season to begin!  These students’ success also makes them eligible for year-end, national tournament competition!  Congratulations guys!