We were fortunate enough to have multiple team members qualify for the 2017 National Novice Tournament, which was held in Florida in March.  The four students who were able to go were Lauren Duckworth, Sam Brown, Katie Zakrzewski, and Casey Feezle.

Rams on the move!

Despite going up against competition from the country’s top schools, Sam and Casey were 1st and 2nd place Parliamentary Debate Speakers! 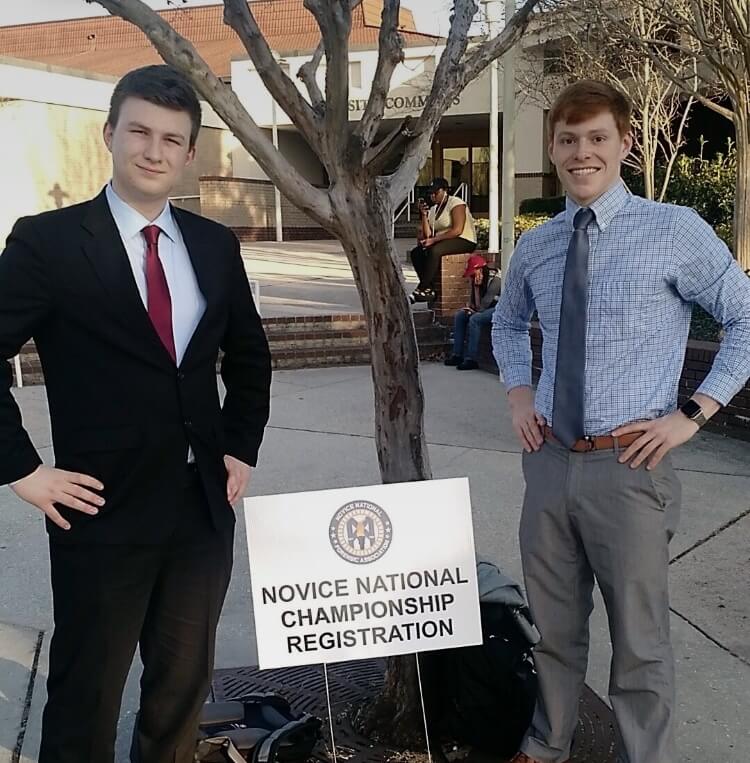 Congrats to all four students on earning this impressive achievement!